Constitution of the LittleBigPlanet Union

The document was drafted by M88youngling on December 4th, 2013. It was discussed among the future members of the refounded LittleBigPlanet Union for the next week. The primary concerns with the constitution were from younger clans such as Lone Wolf Dynasty. These concerns were that in the original draft of the document, there was a provision that stated that only Union members ages twelve and older could serve as Union representatives. Without many older members, Lone Wolf Dynasty had no one to appoint as a representative. After some discussion over this, the age requirement was lowered to ten.

Some time after this, Lone Wolf Dynasty was forced out of the Union by the Protectors after Keel's from the Union for repeated acts of harassment against other Union members. Keel then criticized the Union for not having term limits for the Presidency, a rule set by the Constitution. The Union administration's responded with the assertion that the Constitution grants very low power to the President, and that the President's abilities are centered only around representing the Union and to organize the Protectors for certain administrative votes. President M88youngling also pointed out that the constitution allowed for his impeachment if the Union so desired by means of the General Assembly.

In response to the LBPU 2015 Judicial Crisis, the Union administration struggled to come up with a solution to provide a judicial system to provide the foundation for The-Pool_is-Open's trial for alleged treason. President M88youngling wrote the LBPU Legal System Protocol as a proposal and sent it to TeamHeidi to propose to the General Assembly. Due to the direct democratic nature of the Constitution, the proposal proved very difficult to pass into law. The Union Protectors were forced to remove inactive clans and clans with members that would not vote, bringing the Union down to incredibly low numbers. Once the resolution was passed into law, discussion was reignited about the problems with the Union's constitution, and talk of either amending it or writing a new one entirely began. This led to the introduction of the new constitution, the Novus Carta.

The Constitution of the LBP Union laid the framework for the Union's government and operations. It established its legislative, judicial and executive branches, however the judicial branch was very vague in its description, having no protocol for a legal system. The document set up a direct democratic system for the Union, where after representatives get a proposal to quorum, the entire Union must vote, and three fourths of the Union's population must vote in order to reach majority. 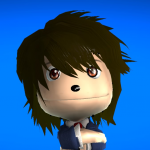