The LBP Union Wiki
ALL POSTS 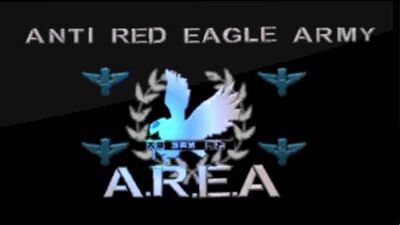 So I want to try something new. We talk a lot about what has already happened in clan history here on the wiki, but I thought that it might be a fun and interesting exercise to think about some 'what if' scenarios. Not only is it fun to imagine how a certain situation might have played out, but it also might help us understand the major 'causal forces' at play throughout clan history and why they are so important.

Feel free to shout out your own scenario ideas! This one is just mine that I thought I would share. I am hoping to try and come up with some scenarios each week just for fun, but I'm not sure how long it will last.

This scenario takes place in 2011 just before the AREA Conflict kicks off. This is right around when the first AREA rebellion, led by AMKA-IRONMAN, is fighting against the REA. Joe_Da_Dude at this time appealed to AREA to help with his feud with several Union clans. This led to an Online Create Battle between members of AREA and the Commando Recon Operations. However, the Union itself never got much more involved with AREA than that. In fact, the Union went completely unaware of the AREA Conflict. Soon, around the same time, the LBP Union collapsed in the Union Schism.

Well, in my opinion, timing and motivation are two critical factors. Why would the Union want to take down AREA so badly? Perhaps Union leaders were seriously bored, or they irrationally hated Joe_Da_Dude to such a blind degree that they lash out at people completely unrelated. It's also possible that REA's leader RekliSnipes might appeal to the Union and somehow convinced Union leaders that the Axis's cause is just and AREA must be defeated to protect LBP.

I don't think this is very likely. Although the Union was very hypocritical when advocating for peace, I doubt the Union would have wanted to involve itself in such a large conflict. REA and its allies weren't exactly nice and didn't represent the Union's values. Birdman9012's crusade against 'noob clans with the Axis doesn't exactly give the Axis and REA a good first impression to the Union.

However, just for the sake of this scenario, let's pretend that RekliSnipes or AE's leader Birdman somehow manage to sweet talk the Union into helping them.

Timing is important. When does the Union join the war? The major turning point of the conflict is when roughly half of Armageddon Empire's members leave to form Blood Star Rebellion alongside AREA. Combined with Akatsuki, CHAOS Inc, the Brotherhood of Steel, and possibly others, BSA's addition to the coalition was enough to overwhelm the Axis's remaining belligerents by number of members.

If the Union joins before this split, it's possible that the Axis's manpower would have squished AREA sooner. However, if the Union enters the fray before BSA forms, then it's possible that the war would stall. We don't know just how big the Union was at that time, but it was roughly 100 members strong, give or take 50. That's still a considerable amount of people, and depending on how much the Union would have been willing to give this conflict, that might have made a major difference.

However, the Union's leaders were notably independent. They pursued goals without a ton of coordination and individual members made plans of their own. It's likely that the Agents, if there were many left, would have conducted espionage in AREA's ranks. The H4H Bounty Hunters probably would have started comment flaming with AREA, while the CRO and the Balance might have tried to do more online create battles with AREA members.

I don't think the conflict would have ever been decided by OCB and comment flaming alone. I'm not sure if create war was mainstream at this time, but it's entirely possible that the Union's involvement might bring the conflict to a stall. This might result in two alliances, the continuation of REA's influence, and a much 'bloodier' beginning to the Shadow Epoch.

Without closure, the two sides might become even more divided. The Union probably would have militarized far more than it already had, I expect that, if it would have continued without a schism, its vision would have been dramatically different from simply helping LBP.

It's possible that, even farther down the road, the AREA coalition would view the Union as a weak link and attack them more directly. I can only imagine this bringing an end to the Union, as the prolonged fighting would drive away many of its members who joined to help LBP.

Well, I'm sure there is more to be explored in this scenario. I only talked about a few possible ways it could have gone down. What do you think? Let me know by responding below or chatting it up in our Discord server!